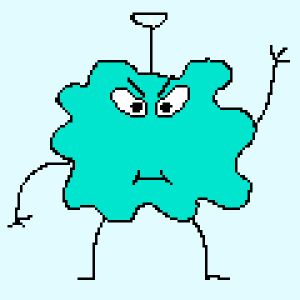 So part of my New Year’s Resolution is adding a regular blog post to my schedule? Why? Why not? I’m already 43 days off schedule.

I’ve tried to keep my private life private and in doing so, I have fallen into a trap. I can make an announcement, but then something unexpected happens that veers to the personal and it becomes hard to explain it. So, I figured a blog post was a good way to keep the personal separate from everything else (my newsletter and Shifter Central). I’ll make announcements about my blog posts in my newsletter and SC, but won’t post them. That way, everyone can chose whether they want to look or not. Consider it an opt-in in the OG kind of way.

Let’s go back to October of 2020. I know, it’s last year and months ago, but it actually has a huge effect on what’s happening now.

In October of 2020, I had a cold. A really bad cold. Or at least that’s what I told myself. I struggled with breathing, slept 20 hours a day, coughed all the time, but it was all just a bad cold. You see, I had been a home body and when I did go out, I masked up and socially distanced. It had to be cold because I hadn’t taken any risks or put myself into any possible exposure to Covid-19. But then I lost my sense of taste and smell. I went to bed able to taste the Nyquil, but woke up the next morning without any taste or smell. None. And it freaked me the hell out. I could sort of guess taste, in that I knew an apple should be sweet and a chip would be salty, but I couldn’t tell you what that apply actually tasted like or if the chip had any kind of flavoring.

Off to the testing center I went. One brain tickling and thirty hours later, my phone rang.

“This is the testing clinic and I’m calling-”

“Yeah, so, according to your symptoms, we want to make sure that you know if you have any trouble breathing…” And the list went on. They didn’t leave anything to chance. The nurse even included sneezing more on the list.”…you need to come in right away. We have a clinic set up right here at the testing site, you’re already on the list, and you just need to show up and they’ll triage you.”

Fast forward to Thanksgiving. Taste and smell weren’t completely back, but I could at least discern sweet, salty, and sour. But there was another really weird side-effect, one I hadn’t heard anything about until I started doing some research and spoke with my doctor. There’s something called Covid Brain, at least informally. What is it? It’s where your brain is foggy. I can stop mid-sentence because I can’t remember what I was going to say, swear I’ve done something and then actually not done it, or worse, swear I haven’t done something, only to discover I have. My doctor swears it will get better, but January was my 90-day anniversary, the day the CDC says I am probably no longer protected by anti-bodies, and it’s now almost march and my brain is still foggy.

I have a memory growing up about my grandfather. He was diagnosed with Alzheimer’s and after he’d been moved into an acute care facility, we were cleaning out his office. I found his stash of notebooks (like me, he loved having notebooks all around where he could jot ideas and notes) and read some of his thoughts. Yes, it was an invasion of his privacy, but his mind was no longer his own and this was the last touchstone I had to how brilliant he was. It also gave insight into the fact that he knew his brain was failing him in some odd way. Yes, he recognized that his brain and mind were no longer allies, but instead enemies. When I first read that, I didn’t understand the full meaning. Now, I do. Now I understand how someone’s mind could turn from friend to foe.

While I know it’s not true objectively, I also know that it feels as if my brain has decided to work in my worst interests and against me at every possible moment. If I give it just the slightest opening, it will break through in its cloak of fog.

The second side-effect from Covid-19, is what my doctor likes to call “Not-Chronic Fatigue Syndrome”. (When he was explaining it, I replied with, “so, it’s chronic fatigue syndrome, but not. I’m just going to call it Not-Chronic Fatigue Syndrome then.” And he ran with it.) The best way I can explain it to someone is that it’s a horrible case of chronic mono. You have good days, but then you have days where you can sleep for 20+ hours and still not feel rested. A few hours of strenuous work could knock you out, or you could keep on going for the rest of the day. It doesn’t give you any warning. It doesn’t let you know, “hey, we need to take a breather”, it just flips a switch and turns you off. But trying to explain that to someone who isn’t experiencing it, is difficult. Or worse, I’ve been getting people who tell me, “well they don’t have any of those side effects, and they had Covid-19.”

To which I usually respond, “I’m grateful you don’t have to experience some of what I am, it’s horrible. And what’s worse, is that so many people believe these effects aren’t real or are just psycho-somatic.” Yeah, I know, it’s passive aggressive, but frankly, they deserve that after some of their comments.

So, all of this was a big round-about way of explaining why I am 43 days behind schedule. I spend 2 days each week catching up with the stuff I missed the week before, 3 days trying to get current stuff done, and 2 days down for the count. But I consider that a win, because back in January, I was down for 3 days a week. I’m hoping March leaves me down for just 1 days and then I can be caught up by the end of March. Yeah, it’s a big dream, but one I’m willing to have.

Oh, and one last thing.

You might not think it’s important, but keep in mind that someone had to give me Covid-19. Someone who felt they didn’t need to wear a mask, maybe? And despite having what the doctors called a “moderate” case, I was one short breath away from being “severe”. In fact, my doctor told me that if I had called in even 2 days earlier, before I lost taste and smell, I’d be wearing the “severe” label.

Yes, people are getting vaccinated now, but we still need to wear a mask. So just wear the damn mask already.